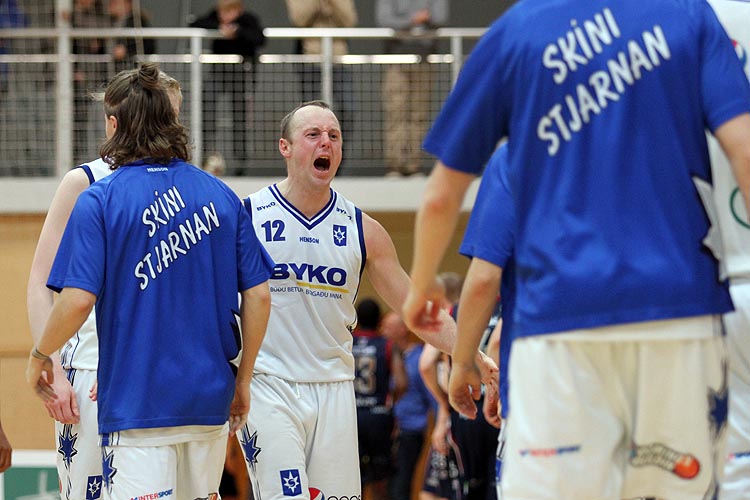 "Tomorrow is the first day of summer in Iceland and a new chapter in my life. I made the decision in February that this would be my last season of playing basketball. I’ve played overseas for 12 years, 11 longer than I ever dreamed I would play, for 4 teams that have helped shape most of my adult life. I went from a blue collar town in Erie, PA, an area rich in basketball talent both at the high school and collegiate level, to Germany and the Bergheim Bandits and eventually to Iceland where I have spent the last 11 years playing for Drangur, Snæfell and Stjarnan.

I have played with amazing teammates, worked with a diverse group of talented coaches and got the chance to play the game I love in front of incredible communities in Erie, Germany and Iceland. To the basketball fans in Iceland I say takk fyrir mig, when I landed in Iceland on my 24th birthday I never thought the road back to this lava covered paradise would go on forever. One thing that stands out for me is that Iceland is a country that often perseveres in the face of extreme odds and I think my career path reflects that.

I will miss the competition, part of my reasons for continuing playing for so long have been to continue to stack myself up against Division I players from the USA, young up and coming Icelanders and returning national team players. I hope that if you ever paid any amount of money to watch a team that I played for you left thinking two things: 1) that guy plays hard and 2) there goes a fella who loves what he does for a living. I enjoyed the challenge of adapting my game to the team I was playing for or the point of my career I was at. From a speedy and attack the rim pg in high school, to a jump shooting pure pg at Mercyhurst and in Germany, to a conscious free gunner in Drangur to a system pg in Snaefell and a swiss army knife during my time at Stjarnan. Adding a jumper with range off the dribble, off balance midrange game, off legged layups, lefty hook shots, these were the things I loved putting into my workouts at Mercyhurst in the summers and slowly adding to my game over the years.

I have written in the past on health issues including some knocks to the head I have taken over the years. This was not the main reason for the decision to stop and I do feel like I can still go out and get buckets and play at a reasonably high level. However, measuring the risks with the timing and the amount of work that goes into each season let me know it was the right decision to make in February and it remains that way today.

To the fans of the towns I have played for in Iceland I cannot thank you enough. In Vik i Myrdal they filled the small gym and would bang on the walls and the floor. It was a pleasure to live in the small community, with Myrdalsjökull to the north, the Atlantic to the south and nestled in between 2 large mountains. After my college roommate Joshua Helm played so well in KFI Siggi Hjörleifsson got me the chance to work with his brother Bjorn Hjörleifsson, and these two gentlemen changed my life forever. My first day meeting Bjorn he gave me 4 kg’s of salmon and I knew I was in good hands!

In Stykkisholmur I always feel like I’m home, smiling faces, great memories, playoff beards. I worked in the school, coached the girls team and learned so much from Geoff Kotila. A great community to live in that loves basketball and are some of the nicest people on Earth.

In Garðabær I found myself. To tell you the feeling of the adrenaline pumping through your veins with a few hundred people chanting your name to the sound of twist and shout is something I wish I could describe. Big play, crowd erupts, the chant starts, the hair stands up on your neck and you are fully focused, fully aware and ready to dive for a loose ball, challenge a guy a foot taller than you for a rebound or run through a brick wall. When I look back at some of the crowds we had with the Silfurskeiðin for Cup Finals or some of our big playoff matchups over the years it has been an absolute pleasure to see basketball develop and prosper in Garðabær. The sky is the limit for these youth teams with the high level of coaching that is happening here and I look forward to being around the basketball community in some way moving forward. I was lucky to work with two great men at Stjarnan. Teitur brought out a warrior mentality in me and Hrafn challenged me to analyze the game and become more efficient. The experience of working with the coaches of Stjarnan including the assistants Snorri, Kjartan and Petur has made me into a smarter player, and a better teammate and person. I have learned so many life lessons from these men and I thank them all.

There are so many people I haven’t thanked in this post and I regret that. Specifically my teammates, the board members and a lot of the people of the Erie, McDowell and Mercyhurst communities. I always tried to let my teammates know how much they meant to the group and their importance to the team. I look forward to meeting as many of my teammates face to face and letting them know how much I enjoyed working with them perhaps over some buffalo chicken dip or some chicken wings.

I will thank my parents and family, they allowed me to pursue my dream of playing professional basketball and nervously watched from the states as I carved out a life for myself on this unique country in the north Atlantic. They came to every game I played in the continental USA from Erie to Florida to Seattle and Vegas. They drove 17 hours to the Upper Peninsula of Michigan in a big old Cadillac during a snow storm. The windshield wipers broke and they had to tie shoelaces to the wipers to remove the snow while they were still driving. THESE ARE DEDICATED PEOPLE! How could I not be dedicated to the game!?

I’ve seen enough concerts with rock n roll bands on their "final tours" to never say never in terms of possibly playing again. I have enjoyed the ride and the road goes on forever only this time without a bouncing ball, one thing i do know for sure…. The sun will rise tomorrow, and I’m still gonna love basketball. Takk fyrir mig. Áfram körfubolti!" 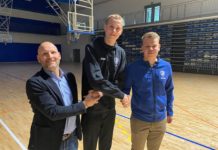 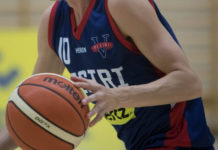 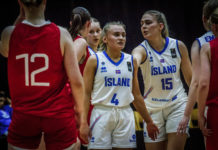