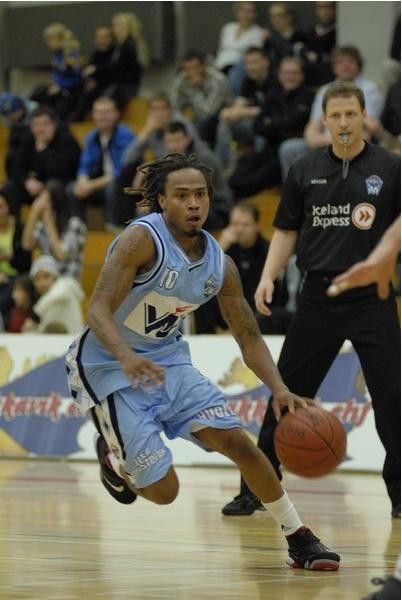 After five rounds in the men´s Iceland Express league Njarðvík and Cup Champions Stjarnan lead the division, both teams 5-0. Round five came to an end tonight with three games featuring an upset in Grindavík where rookie team Hamar took the two points available with a 77-87 win. This was Hamar´s first away win this season.
Keflavík continued their streak to 3 games winning FSu 63-75 at Selfoss. Rashon Clark 24/12 for Keflavík and Corey Lewis 20/10 for FSu.
Snæfell thrashed Fjölnir at Stykkishólmur 110-79 where Hlynur Bæringsson had a big night for Snæfell with 32/12. Christopher Smith had 33/13 for Fjölnir who never saw the light of day at Stykkishólmur.
Standings
Photo/Saltytour.com: Dabney had a big night against Grindavík sinking 34 points. 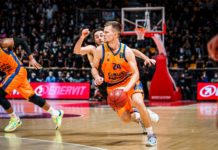 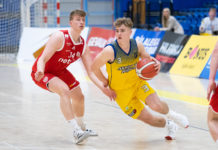 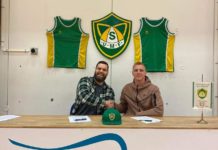